THE PARADIGM OF ELON MUSK AND TESLA: SOLUTION TO POLLUTION AND FREE FUEL. 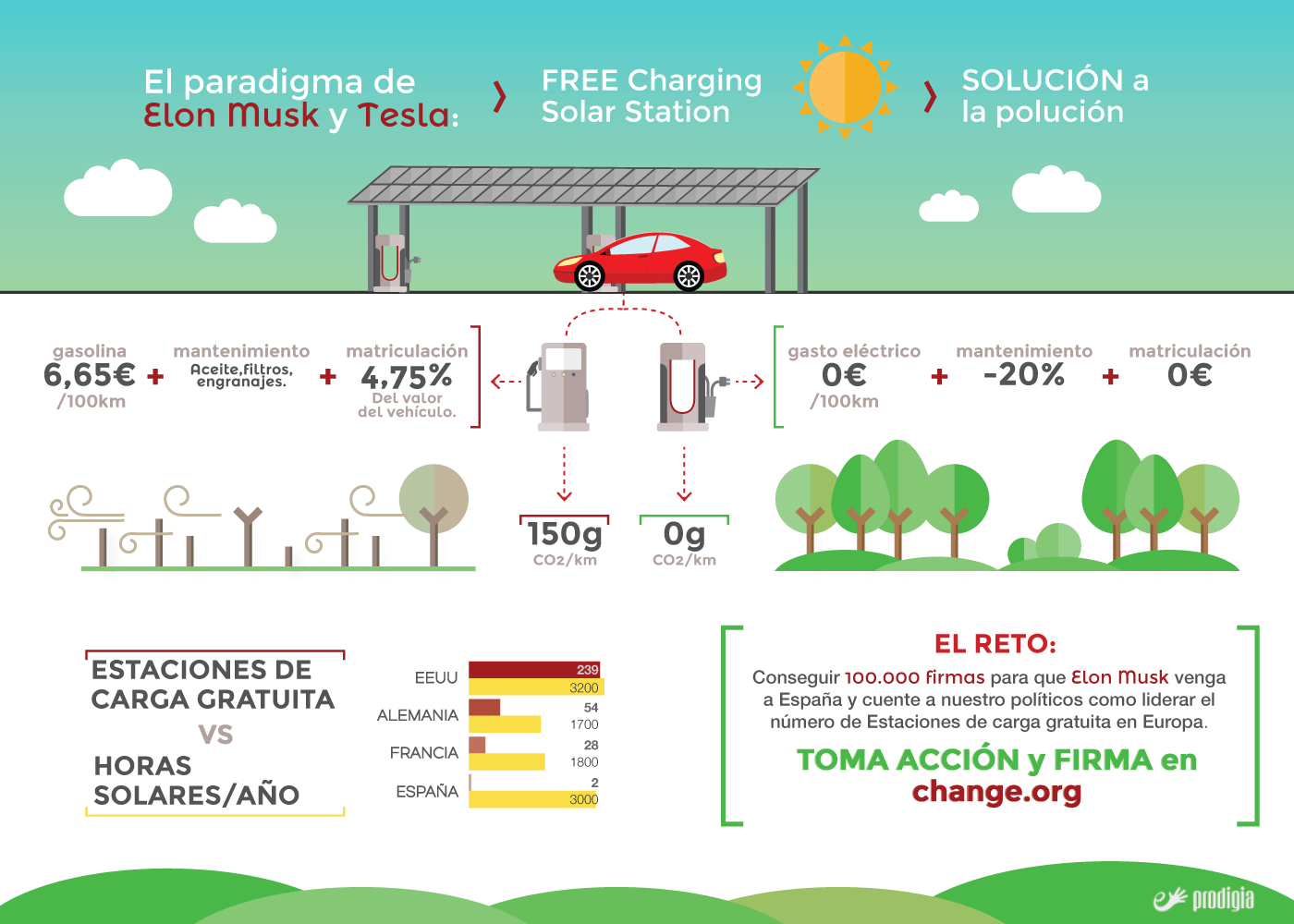 One of the problems that most worries drivers and city leaders is the pollution that vehicles cause in large cities. Society does not know yet, but there is already a solution to this urban pollution, based on the Fast, Solar and Free Charge Electrolyme Model from Tesla Motors. In this article we propose a citizen challenge, through a petition on Change.org, for Elon Musk (President of Tesla) to tell our politicians their effective solution to urban pollution and free fuel for life for your car.

We have been listening to the pollution problems of large cities caused by combustion vehicles: Madrid, Paris, Beijin, Beijing ... and effective measures are not taken, which attack the root of the problem, reducing parking and circulation by even number plates. odd ?. 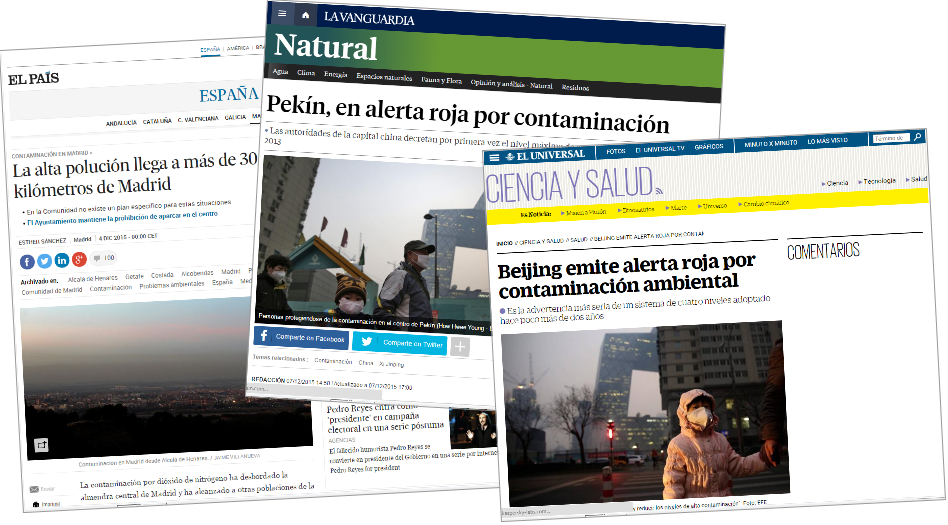 The main leaders of the world meet to try to reach intractable agreements, without firm commitments and without being able to avoid leaving to future generations a legacy with a sick Earth and a chaotic climate. 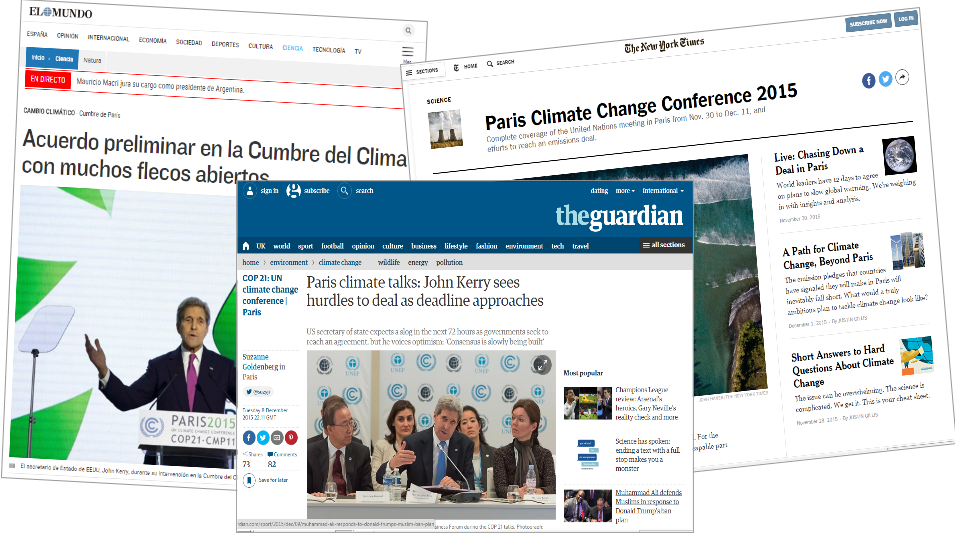 But is there a feasible solution? Yes, it exists and it is accessible. They have Elon Musk and TESLA, with their batteries and electric cars with autonomy for 500 km and 1000 km in 2017, and their free solar power stations. The electric car is not as expensive as they make us believe. Tesla presents in March 1016 its 4th vehicle, the Model III with a price of $ 35,000, and for 2018 the Model C (from City) with a price of $ 15,000.

TESLA and its Free Fast Charge Electrolyme Model is being implemented throughout the US and Europe, facilitating the electric and free recharging of vehicles every 100 km. It is nonsense that Spain, being the European country with the highest number of solar hours, is, with only two of these stations, at the tail of the main European countries.

Apart from the environmental benefits, another point in favor of the 100% electric car is the economic savings that allow the user to significantly reduce the maintenance cost, and the fuel, since the stations of the Tesla model are free.

But why is the 100% electric car not implanted in Spain? If in addition Tesla released its patents in 2014. The answer is simple, there are interests so that this market does not flourish, since the lobbies related to it are resistant to change , and the politicians - to which we voted - seems, since we are at the tail of Europe, that they have not been sufficiently resolute about it. There is technology, necessity, the market and the opportunity for change, it is only necessary that they want it. THE CHANGE IS IN OUR HANDS. 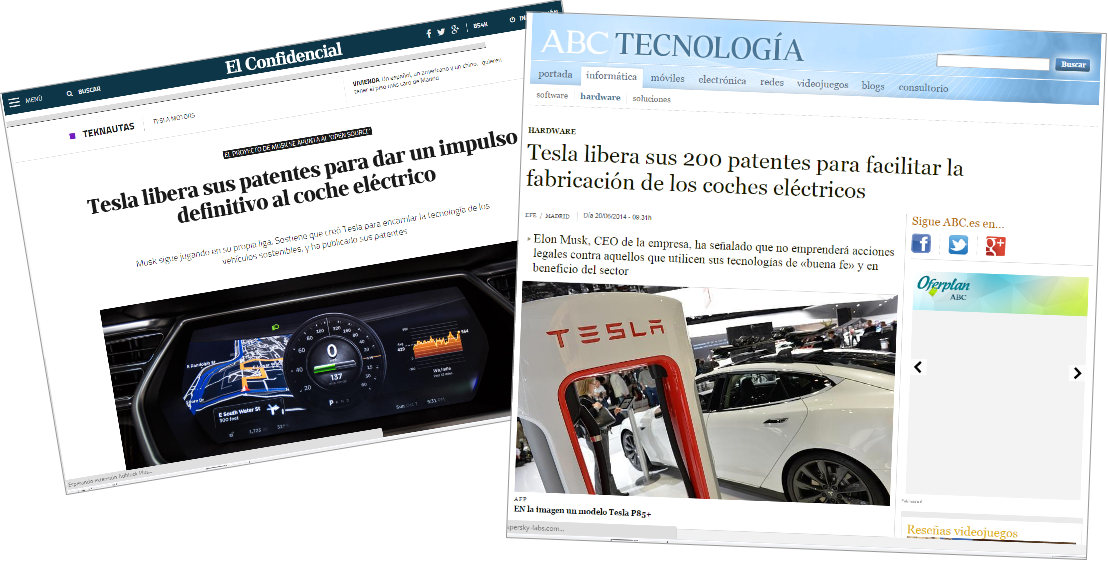 5 effective measures for our politicians to boost demand:

WHAT IS OUR CHALLENGE? We went to Elon Musk (TESLA Motors), which has created hundreds of free solar electrolines, and our politicians, who have the ability to make decisions. We ask Elon Musk #SoSElonMusk to attend an event in Spain to tell everyone (citizens, press and politicians) their 100% ecological and free supply model to have cities without pollution and eliminate fuel costs. And to our politicians to listen to it and promote the measures to put it into practice. 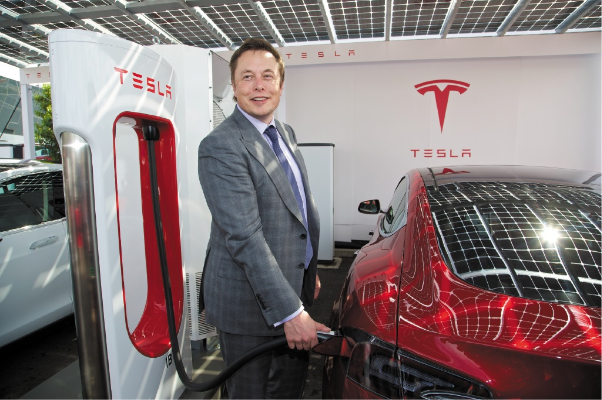 At the end of this event, we want a firm commitment on the part of both, so that Spain (country with the greatest solar potential in Europe) is in the lead and not the tail in the creation of free solar stations and use of the car 100% electric.

We do not intend to favor Tesla compared to other manufacturers, we want everyone to adopt their model of 100% electric car and free solar charge, as an effective solution against pollution, and in the process reduce vehicle maintenance and eliminate the cost of gas.

If the manufacturers do not want to change, they will do it when the demand of the users is channeled towards Tesla and the companies that offer this system. 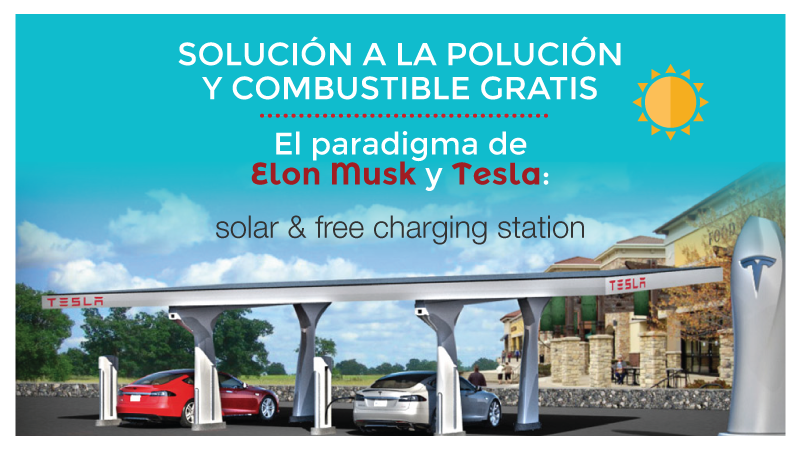 We challenge you to reach 100,000 signatures on Change.org. Share it and take action by signing it!