HOW TO INCREASE AND MONETIZE 14,000 TWITTER FOLLOWERS IN AN ECOMMERCE

The following article is a real case of one of our clients @Hogarterapia, whom we thank for authorizing us to scrutinize their statistics and illustrate the strategy of their brand on Twitter. It is an ecommerce that sells furniture, using an inbound marketing strategy whose pillar is the connection: Ecommerce + blog + Twitter, with Twitter being the main source of traffic to the site, ahead of Google.

Let's start with the strategy.

This online store, Hogarterapia.com, uses the sofa blog integrated in the domain, in which it indirectly sells its products and creates value for the user through decoration advice. Take as an example this excellent Tweet (direct and illustrative, which incites a call to action to see the post)

This Tweet takes us to a brief and concise article that provides value to the user explaining how to get a Balinese style in your home and its advantages. Clicking on the illustrative photo, takes us to the ecommerce product where the products are sold (indirect sale through the blog). 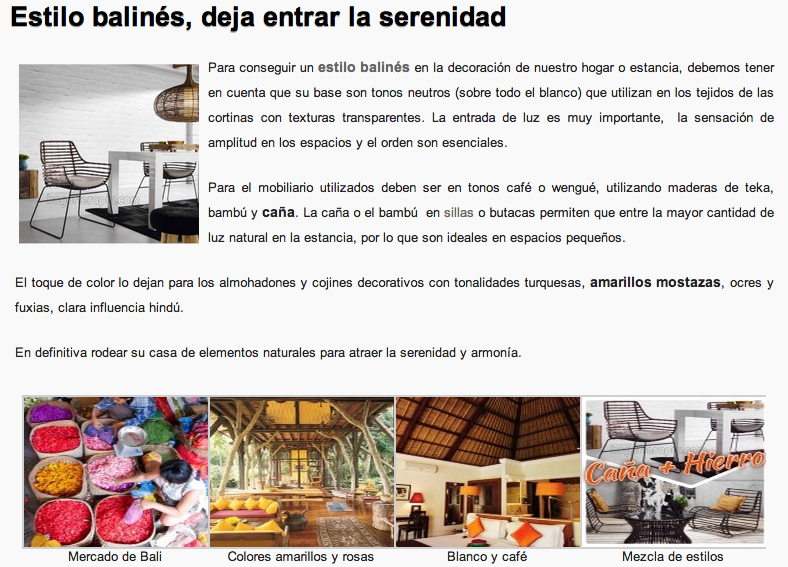 As we will see below, Twitter generates more than 1,000 monthly visits to the blog, surpassing the traffic that Google derives.

The article is documented with reports that measure the objectives of your Social Media Plan for Twitter, to finally draw conclusions and advice.

Let's see in 6 graphs, what has happened from February to November 2013, and how Twitter has been a catalyst in its strategy, going from 270 to 14,000 segmented and qualified followers.

1. Increase of Followers. Objective: to measure the increase in the number of monthly followers and their evolution.

3. Influence. Objective: Measure influence and therefore the quality of the Followers. Valuation in Klout (main tool for measuring influence in social networks) and quarterly increment: http://klout.com/#/Hogarterapia: We also measure the influence with the number of Retweets, mentions, and lists to which we have added account 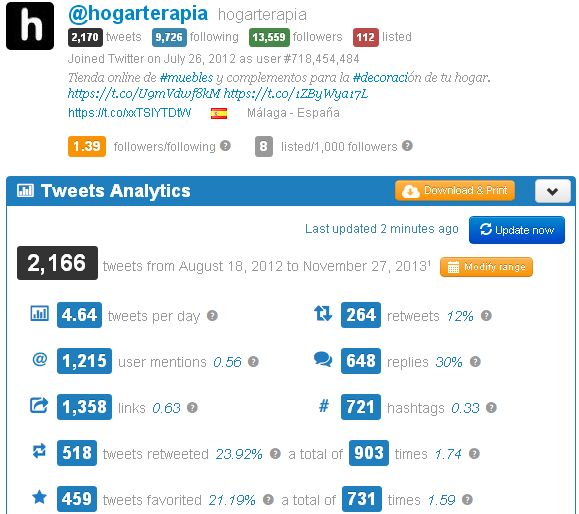 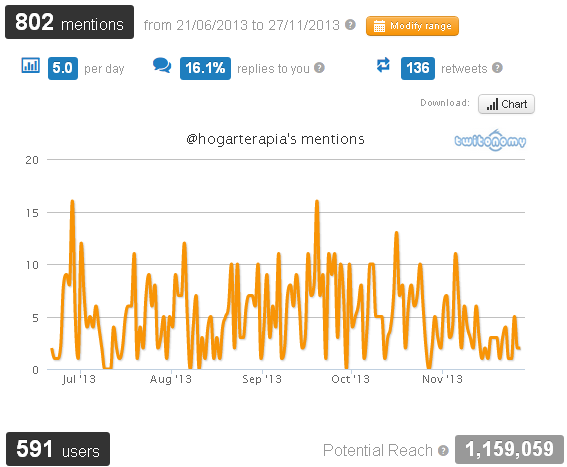 5. Source of traffic to the site. Measure the comparative ROI with other sources of traffic. 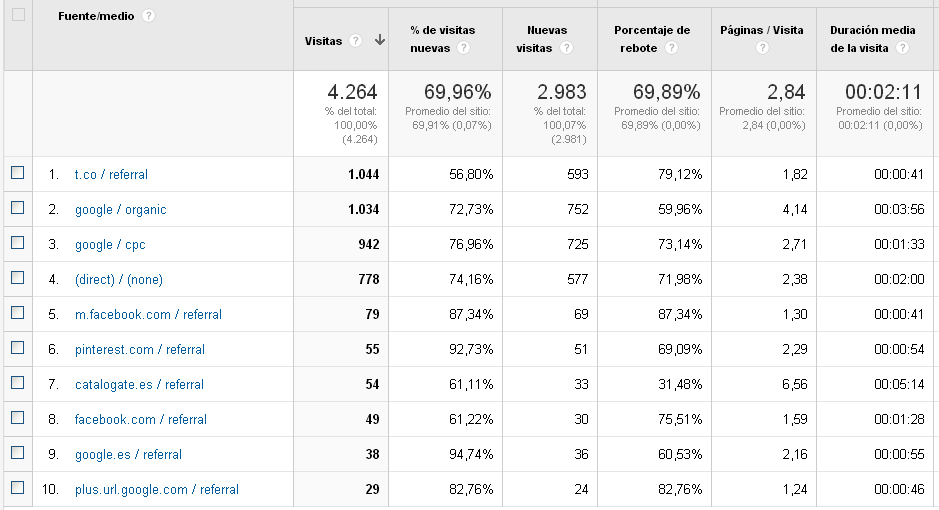 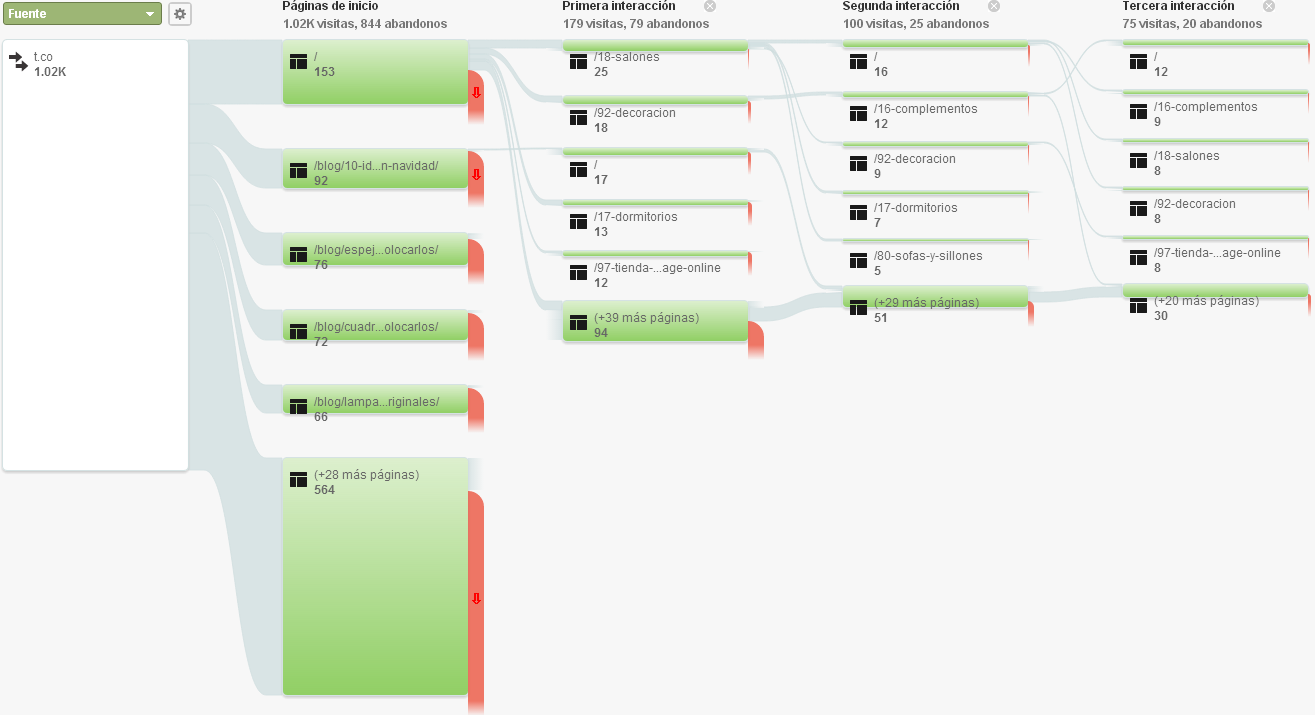 Publish more frequently in the Blog, generating articles of interest to the user (decoration tips ...) that indirectly sell the ecommerce products (links in the photographs used in the article). If the frequency of publication is increased, traffic to the blog is increased in the same proportion from Twitter. Post half-page post, direct, concise and practical, which in turn are micro-amplified in social networks.